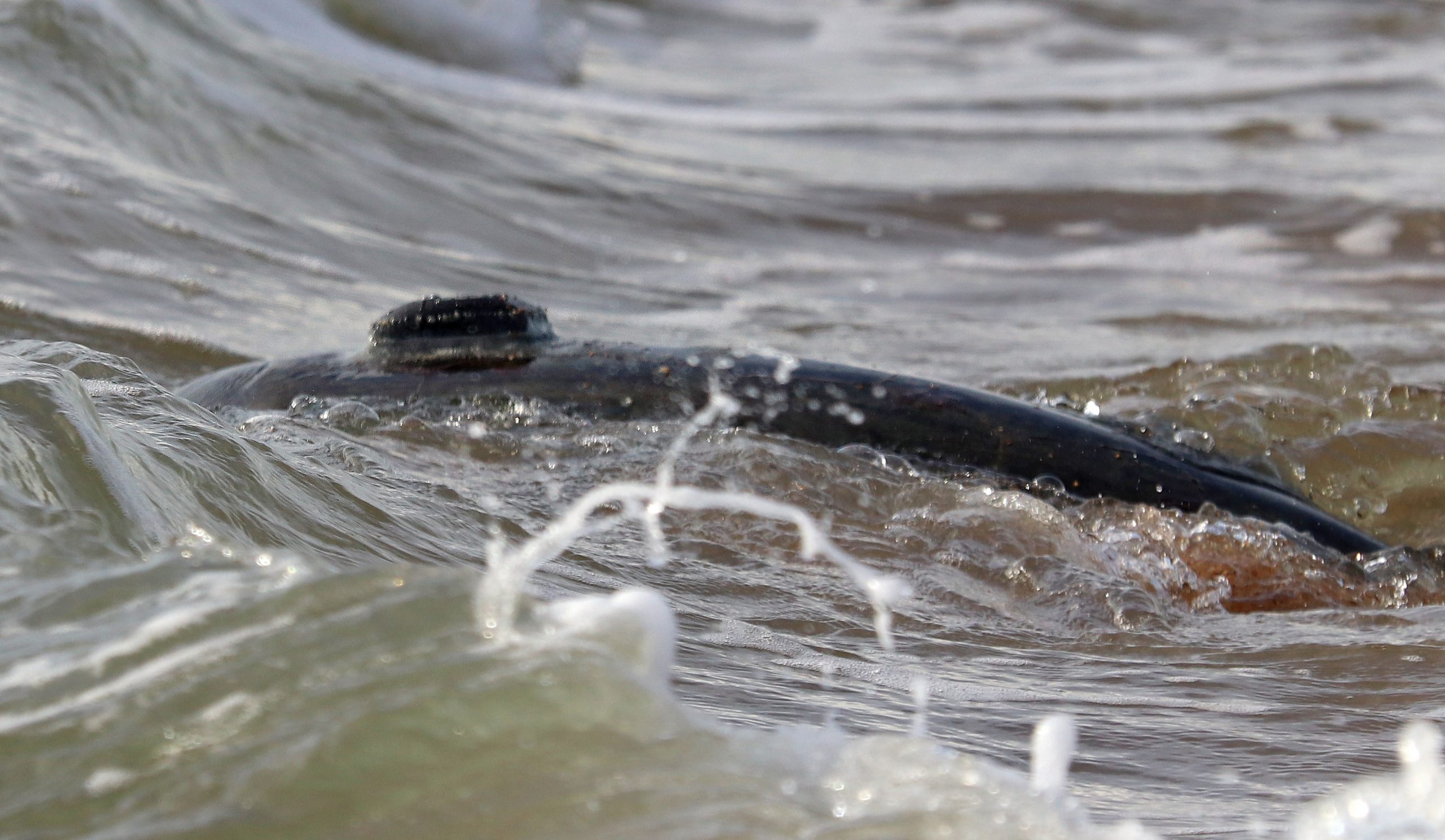 To acquire GPS signals when tracking sea turtles your GPS receiver must be above the waterline and exposed to the sky. Easier said than done when sea turtles may only spend 2.2 seconds breaking the water’s surface when coming up for air. Although sea turtle satellite tags can be used to derive position without a GPS receiver, by calculating the distance between multiple satellites (doppler shift), it’s still common to use a GPS receiver and enhance accuracy, transmitting the fix that was received over satellite. We do this for our plastic bottle tracking projects.

Observations of two subadult loggerheads off the coast of Newport, Rhode Island, found that on average their time on the surface ranged between 0.7 seconds – 7.4 seconds, so a GPS receiver would need to wake and acquire a fix within that 7.4 second window to successfully record a location.

Traditional GPS receivers, when waking from a so called “cold” start (i.e have been turned off for a long period of time), can require up to 30 seconds to get a first fix – possibly longer in adverse conditions where sea water could be splashing over an antenna or orientation isn’t stable. This is far too long to acquire a fix, which is why consumer GPS devices (i-gotU 600) that have been popular with conservationists to track birds at low cost don’t fair as well in marine environments. To solve this, Arribada currently utilises “Assisted-GPS” to speed up the time-to-first-fix by pre-loading the receiver with ephemeris and alamanc data (orbital correction data and status information) for each satellite in the GPS / GLONASS constellation over a 30 day period. This covers a deployment on a nesting sea turtle, as a female turtle will typically spend between 10 – 15 days at sea before returning to the beach to nest again.

By using Assisted-GPS the Horizon sea turtle tag achieves an average time-to-first-fix of ~3 seconds, but there are outliers where longer periods are required. A quick look at the time-to-first-fix log data from a random deployment on a loggerhead turtle below (in milliseconds) shows us that it took between 1.6 – 14 seconds to aquire a fix, with the average time just under 3 seconds. The turtle was surfacing every 5 – 6 mins, but there was one surface event where it took 14 seconds to acquire the first fix. 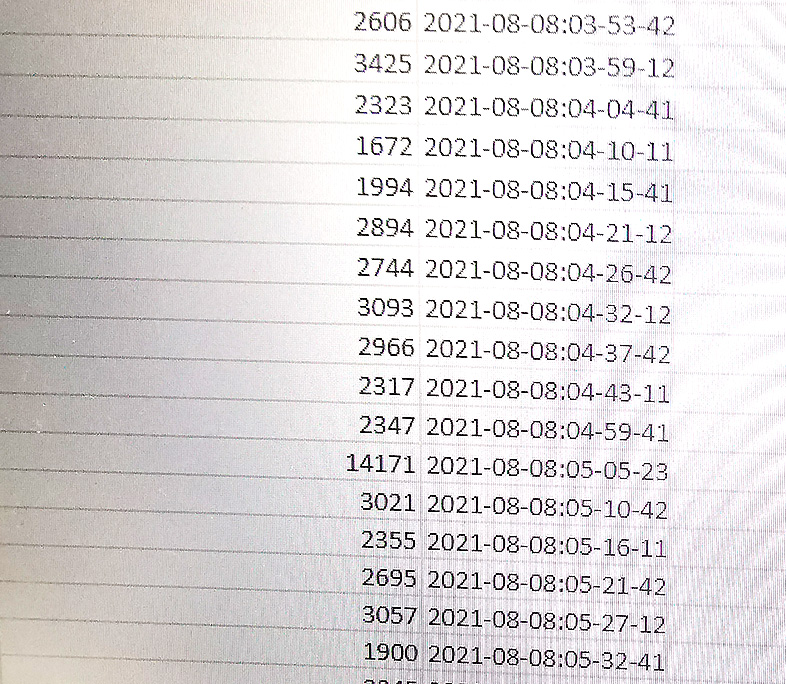 There is a way to be faster, and it’s a method originally utilised by Wildtrack Telemetry Systems called FastLoc. FastLoc overcomes the need to aquire a fix at the time of acquisiton on the device by only logging small “snapshots” of GPS signals within a few milliseconds. This data is then computed and a summary transmitted over a satellite connection, typically Argos, of which our open source ARTIC R2 transmitter achieves. Once received by a server it’s decoded and a position is then calculated, using ephemeris and almanac data based on the time and data of the acquisition.

Sub-second GPS fixes require a different kind of receiver – one that’s capable of taking a snapshot of raw GPS signals and saving that data to memory to enable a position to be calculated once the device has been recovered.

We recently trialled a new GPS receiver design under development by Amanda Matthes and Jonas Beuchert from Oxford University who have been planning to develop an open source fast GPS receiver dubbed SnapperGPS. Our main interest was cross-comparing a Snapper against a Horizon with the hope of acquiring locations within a 0 – 1.5 second window during surfacing events, quicker than Assisted-GPS, and on par with FastLoc.

The two devices can be seen below side by side. Snapper is in green on the left and a Horizon in blue on the right. Both used a similar sized ceramic GPS antenna and were deployed using a similar CNC milled enclosure that was attached to the turtle using a mix of fiberglass and epoxy. We worked with Fundação Maio Biodiversidade (FMB) based on the island of Maio, Cape Verde, to deploy the tags on nesting loggerhead turtles.

Initial results were promising. Data recovered from devices running a similar configuration as a Horizon tag (duty cycle GPS aquisition) were able to successfully log raw GPS snapshot data, that was subsequently downloaded over USB once the device had been recovered, before lastly being uploaded to the cloud using the SnapperGPS backend to compute positions.

Note, SnapperGPS devices currently need to be recovered for data to be processed, where as FastLoc transmits data over a satellite link for decoding, but in both instances <1 second GPS fixes can be captured and computed, which is an advantage when tracking any marine mammal or species that surfaces infrequently.

The decoded GPS track using a SnapperGPS receiver looks like the below:

Arribada will be keeping a close eye on this evolving fast GPS receiver design and the advantages of incorporating SnapperGPS receivers into existing tag designs to acquire fast GPS fixes within the marine environment. 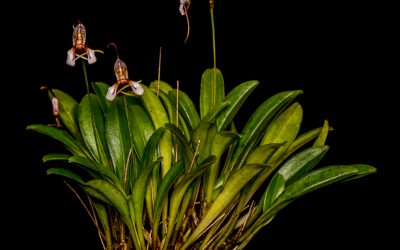 (Above) Masdevallia hortensis, found in  cloud forests at elevations around 2600 metersThe tropical Andes are a global...